KHN’s ‘What The Health?’: All About ‘Medicare for All’

KHN’s ‘What The Health?’: All About ‘Medicare for All’

We’re doing something a little different this holiday week. Because “Medicare for All” is so much in the news, we’re rerunning an earlier explainer episode. 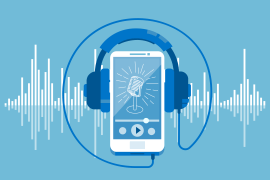 But first, KHN’s “What the Health?” host Julie Rovner talks with KHN correspondent Shefali Luthra about how health care played in the Democratic presidential candidate debates June 26 and 27.

This replay of KHN’s “What the Health?” podcast from February takes a deep dive into the often-confusing Medicare for All debate, including its history, prospects and terminology.

Among the takeaways from the podcast:

If you want to know more about the next big health policy debate, here are some articles to get you started:

Vox’s “Private Health Insurance Exists in Europe and Canada. Here’s How It Works,” by Sarah Kliff

The Washington Post’s “How Democrats Could Lose on Health Care in 2020,” by Ronald A. Klain

The American Prospect’s “The Pleasant Illusions of the Medicare-for-All Debate,” by Paul Starr

The Week’s “Why Do Democrats Think Expanding ObamaCare Would Be Easier Than Passing Medicare-for-All?” by Jeff Spross

Vox’s “How to Build a Medicare-for-All Plan, Explained By Somebody Who’s Thought About It for 20 Years,” by Dylan Scott

The New York Times’ “The Best Health Care System in the World: Which One Would You Pick?” By Aaron E. Carroll and Austin Frakt

The Nation’s “Medicare-for-All Isn’t the Solution for Universal Health Care,” by Joshua Holland

The New York Times’ “’Don’t Get Too Excited’ About Medicare for All,” by Elisabeth Rosenthal and Shefali Luthra

One of the challenges of single payer systems is that individuals do not have a choice of insurance. [...]

Do this, not that – How to plan a meeting and keep blood sugars in mind

While we know the path to managing blood sugars and controlling diabetes is made of countless small decisions [...]

Christmas Inflatables If you’re trying to induce into the vacation spirit by decorating the surface of your home, Christmas inflatables [...] To adopt any technique as a writer the primary requirement for them would be to recognize their inspiration [...]